Zheng Jindeng, the mayor of Wushi village in Putian, Fujian province, could hardly hold back his excitement when speaking of how the village has developed from a forgotten corner to a rising star, reports Zhang Xiang.

If we hadn't heard about it from Zheng, my media partners and I could not have believed that the tranquil and elegant countryside connected by neat and tidy village roads was once a “dirty, noisy and disorderly” space.

Zheng attributed Wushi's eye-catching changes to the positive local policies which have been focusing on increasing the happiness and well-being of villagers since 2013.

The first and foremost thing Wushi decided to upgrade was its living environment.

Adhering to an idea of bringing modern life to rural people, Wushi provided its 103 local families with detached or terraced houses, each featuring a floor space of 345 square meters.

We met a local woman, who was too shy to share her name, but eager to tell us about the changes in her surroundings.

"I've been living in my new house for over two years. Compared to my former mud-hut life, everything's getting better and better -- my grandson's getting married, and I also found a way to increase the family income by hand-making some gadgets," she said.

As she was, many local residents aged between 50 and 70 are still fit as a fiddle. They are encouraged by the local government to make handicrafts at home, work at local food factories, or contribute on the characteristic “fruit-planting frontlines”. Their annual income has also almost doubled from 6,800 yuan in 2014 to 11,000 yuan in 2017.

The improvement of their living environment and annual income has not only sweetened the villagers'lives, but also boosted the local government's confidence to carry out more down-to-earth changes.

Tourism featuring diversified environmentally-friendly elements has hence improved. For example, by taking advantage of a 450,000-cubic-meters reservoir, the village has welcomed various kinds of freshwater fish and become an ideal destination for angling enthusiasts, as well as home to a new business opportunity.

Zheng Shaojian, a returned businessman, has invested some 200,000 yuan in a glass slide alongside the reservoir which he believes will be sure to bring enjoyment to tourists.

Building on that, the snack street and barbecue area will help bring alive the picturesque waterside views, while a picking garden of renowned local plants such as pomelos, peaches, grapes, oolong tea and cedar wood will offer the visitors close connections with nature.

This is Wushi village's situation. With development through supportive policies and concrete practices, why shouldn't it become a rising star and provide its residents with better and better lives? 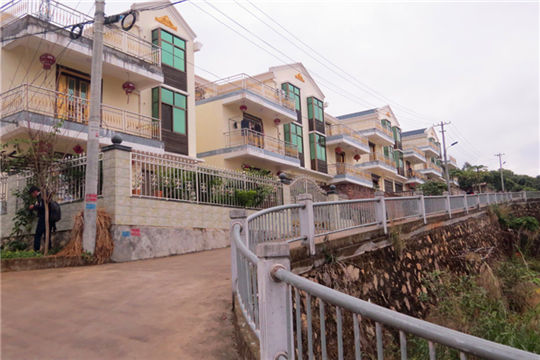 Children walk along a village road. [Photo by Zhang Xiang/chinadaily.com.cn] 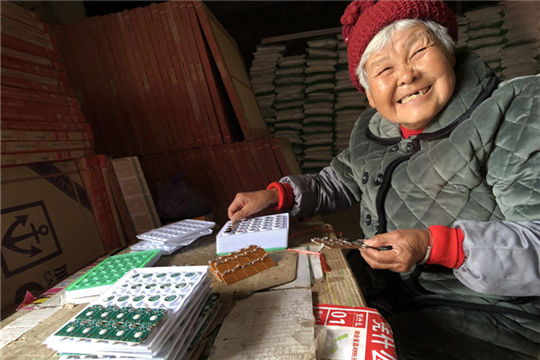 A local resident introduces her hand-made gadgets which will become decorations on children's shoes. [Photo by Cheng Zheng/for chinadaily.com.cn] 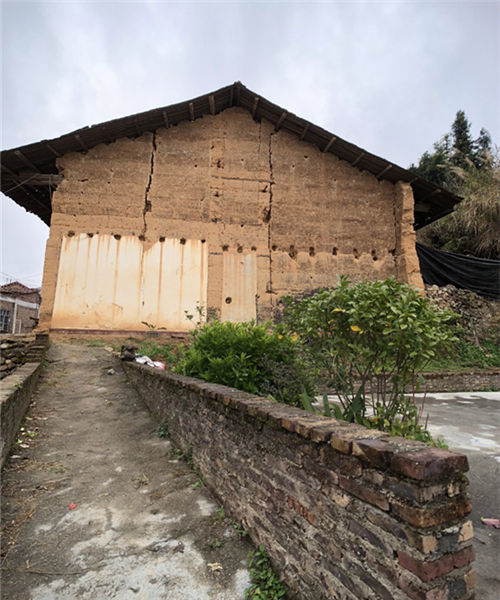 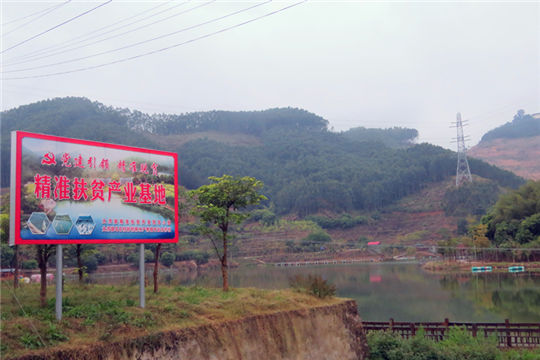 The 450,000-cubic-meters reservoir is home to various kinds of freshwater fish, an ideal destination for angling enthusiasts, and a precious business opportunity. [Photo by Zhang Xiang/chinadaily.com.cn]