The Origin and Role of Inclusive Finance in China 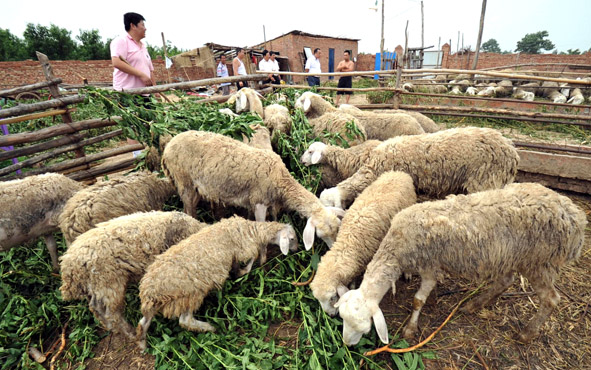 Editor's Note: Bai Chengyu is the Division Director of the Poverty Alleviation of China International Center for Economic and Technical Exchanges (CICETE), and also the Director of CICETE/UNDP Poverty Alleviation Program Management Office. He was assigned as the Secretary-General of the China Association of Microfinance (CAM) in 2005. He graduated from the School of Economics at Peking University, earning the bachelor's degree in international economics and the master's degree in international finance. He has rich experience in poverty reduction and rural sustainable development. In 1993, he joined the initiation and management of over 40 pro-poor Microfinance Institutions (MFIs) assisted by the United Nations Development Program (UNDP) across the country. After 1996, he concentrated on the microfinance sector. In 2005 he introduced and interpreted the concept of inclusive finance system into the country, and was elected Secretary-General of the CAM. He specializes in rural development, inclusive finance and microfinance. In recent years, he has advocated and promoted the digital finance (or internet finance), the finance cooperatives and credit unions, and he has even initiated relevant pilot projects. He entered the social enterprise sector via microfinance, and is also among the advocates for social enterprises and social investment.

Q: The State Council has announced the plan to promote inclusive finance. China Association of Microfinance (CAM) is the first organization to introduce and develop the inclusive financial sector in China. You translated Inclusive Finance into "Puhui Jinrong" in Chinese, could you please share with us how you came up with this concept?

The origin of inclusive finance can be traced back to financial practices in global development. Poverty reduction is a top priority for global development, while poverty is partially caused by limited access to equal financial services among the poor. Research has shown that the impoverished lack formal channels to a variety of financial services, including savings, credit, and insurance. They usually gain financial services through informal, private ways. Private finance is high risk, high cost, unsustainable and is unable to meet the needs of poor people. What's more is that high-interest private lending exploits and overburdens them.

In the 1970s, people began to explore the microcredit approach so as to enhance poor people's access to financial services. An icon for microcredit is the Grameen Bank of Bangladesh founded by Professor Muhammad Yunus, which offers broad-based financial services to the poor. Prof. Yunus was awarded the Nobel Peace Prize for his efforts in poverty reduction through village banks. People explored the microcredit approach to empowering the poor worldwide, and numerous microcredit organizations sprung up. Thanks to the support of the UN and World Bank, microcredit was growing rapidly in the 1990s across the globe, creating a microcredit sector for low-income customers. China was also piloting microcredit schemes with international aid in the early 1990s.

Microcredit helps reduce poverty significantly, but challenges are looming. Firstly, apart from credit services, poor people also need other financial services including savings and insurance. As a consequence, microcredit evolved into all-around microfinance for the poor during the 1990s. Secondly, most microfinance institutions aimed at lifting the world's poor out of poverty are grassroots organizations, which lack legal status, capital sources, and management expertise. They are risking irrelevance in the formal financial sector, and to achieve large-scale, sustainable growth is tough for them. As a result, it is necessary to include microfinance in the formal financial system. Thirdly, with the help of microfinance, a number of poor people can create small businesses. However, microcredit does not serve small businesses. Lots of small businesses find it hard to obtain financial services while creating jobs for the poor.

Q: What the role does inclusive finance play in China?

A: Inclusive finance is advocated by poverty reduction. It mainly targets the low-income, poor population. As a developing country, China aims to eliminate extreme poverty nationwide by 2020. Poverty alleviation is no easy task. At present, there are many low-income, poor people in urban and rural areas. A number of them make a living by themselves, while some of them work in cooperative organizations or micro & small enterprises (MSEs). The available formal financial institutions cannot provide efficient financial services to them, which mirrors the situation globally. Despite the fact that microfinance began growing rapidly after 2000, MSEs and farmers sometimes still found it difficult to borrow money. Though Internet finance renders financial practices more convenient, it's not easy to popularize Internet finance in rural areas. Around the world, a great number of innovative efforts on inclusive finance are made via informal ways, lacking a solid legal status and due inspection for sound growth. I believe financial inclusion in China functions in the following ways.

Secondly, China's financial system is not complete, and there is room for reform and development even without the need to build inclusive finance. Financial inclusion fosters financial innovation from below and strengthens bottom-up interaction, shaping a comprehensive, inclusive and sound financial sector.

The dialogue is translated by Zhang Ling.